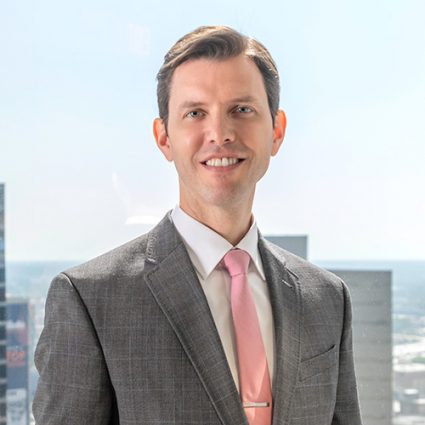 Adam is a litigator who has won victories for his clients in matters ranging from bond election contests to multimillion-dollar commercial disputes to federal criminal defense.  He has also provided advice and counsel to guide his educational clients through complex regulatory audits and administrative investigations. He made a lifelong commitment to education when he married his wife, a career educator, and now brings his broad trial and investigatory experience to bear in representing the interests of educational institutions.

Adam has extensive litigation and appellate experience in both civil and criminal matters in state and federal courts around the country. His representations have included complex commercial matters involving environmental and tax law as well as employment matters. He has provided counsel to employers regarding employment matters and regulatory compliance. Immediately prior to joining Thompson & Horton, Adam spent three years on the border as a federal public defender where he represented defendants in over 1,500 criminal matters and obtained a not-guilty verdict in a trial involving a ten-year mandatory minimum federal sentence. He is fluent in Spanish and Portuguese and is the proud father of three marvelous children.