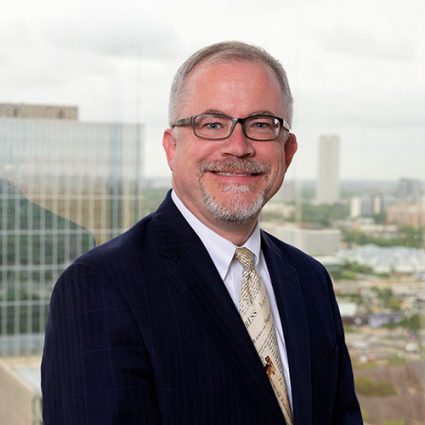 His very first year practicing law, Chris was assigned a free speech research project and immediately knew it would be his professional calling. Twenty years later, his national reputation as a First Amendment expert is surpassed only by his love of the subject matter. Over the years, Chris has helped countless clients navigate through complex and unique issues involving free speech rights, religion and prayer issues, as well as employment matters involving constitutional questions.

Chris is a partner in the Houston office of Thompson & Horton. For over 20 years, Chris has represented school districts and institutions of higher education in all aspects of school law. Much of Chris’ practice is dedicated to the role of the First Amendment and he has litigated and advised clients on all aspects pertaining to this topic. Chris also has significant experience litigating employment discrimination and civil rights cases, including constitutional claims. Additionally, he advises private companies seeking to contract with governmental entities on the possible open records issues that such relationships may engender.

Chris was the lead author of an amicus brief filed in the United States Supreme Court in a case involving the drug testing of students involved in extracurricular activities. He is also the author of The Oldest Rule, a comprehensive examination of the different First Amendment issues involving students that public school administrators and attorneys are facing on a daily basis. Chris regularly presents on these topics at conferences across the country and frequently contributes to legal publications.