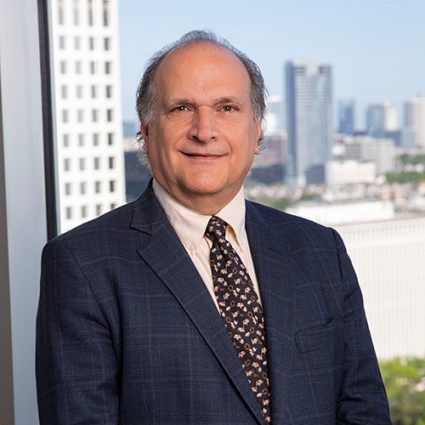 Chris works tirelessly for his school clients in special education and general school law matters. His wealth of experience as a former teacher and school administrator and his tremendous passion has resulted in significant outcomes for his clients for nearly 30 years, in the courtroom as well as the state and federal legislatures.

Chris is a founding partner of Thompson & Horton and has practiced law since 1991. He represents school districts primarily in special education law matters. Chris has a robust practice representing school districts at the state and federal level on policy and legislative matters.

Chris brings years of experience, as both a lawyer and a practitioner, and a practical no-nonsense approach to advising special education directors on matters involving the IDEA, Section 504 and the ADA and in helping them defend decisions they make concerning their students. Chris counsels school districts on matters involving IEPs, evaluations, and all areas involved in providing special education students with a free appropriate public education.

Chris speaks frequently at state and national conferences and has held leadership positions with several national organizations including serving as President of the Education Law Association (ELA) in 2008, a current board member of the National School Boards Association’s Council of School Attorneys (COSA) and member of the Association of School Business Official’s Legislative Advisory Board (ASBO).

Chris speaks frequently at the local, state and national level. Some of his recent speeches include: