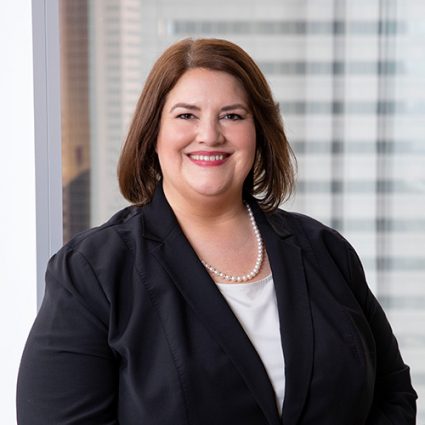 The Texas education system has been a dominant influence on Katie’s life. She is a product of the Texas education system: she attended Texas public schools for elementary, middle, and high school and Texas private colleges and universities for undergraduate and law school. Katie is the great granddaughter of a lifetime English teacher, the granddaughter of two lifetime Texas educators and administrators, the daughter of a lifetime Texas music educator and district administrator, and the sister of a current high school theatre arts teacher. Each day she strives to emulate the devotion she observed her family members give to educating Texas students in the legal assistance she provides to Texas public and private educational institutions.