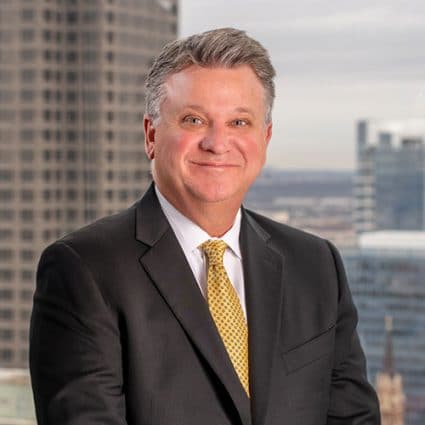 Mark’s wife, a public bilingual Pre-K and 1st grade teacher for more than 25 years, and her many teacher and school administrator friends have given him an inside view of the professionalism and dedication of those who educate our children. It has been Mark’s privilege to have spent a significant portion of his legal career focused on assisting educators in the process of acquiring land and constructing new school facilities to better serve their students.

Mark advises and represents Texas independent school districts in a wide variety of areas including real property sales and acquisitions (both by contract and by eminent domain proceedings), land use issues, leasing of real property both as lessor and lessee, and property and commercial related litigation including disputes over land issues and title disputes. Mark’s nearly 30 years of experience handling these matters for the Dallas Independent School District and other school districts has given him exposure to all manner of school law issues related to real property.

In addition, Mark has extensive experience practicing in all areas of business law. Mark has broad experience representing all types of private companies, including corporations, partnerships, and limited liability companies, with their general business governance and commercial matters. As stated above Mark has extensive experience representing public governmental entities but he also represents private companies that desire to do business with governmental entities. Mark has experience in acquisitions, divestitures, securities transactions and other complex business transactions. Specifically, he has significant experience representing both corporate and private equity buyers and sellers in structuring, negotiating, documenting and closing private mergers, acquisitions and dispositions. Finally, Mark has handled every facet of buying, selling, developing, operating, leasing and financing real estate for his private business clients.