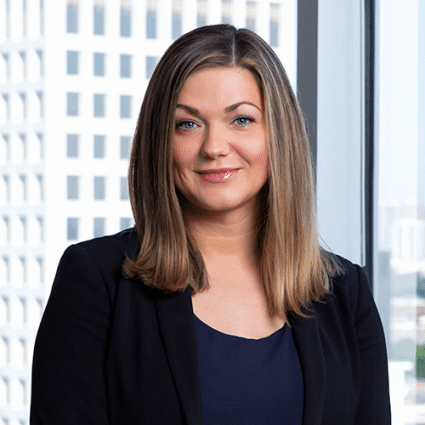 About Stephanie A. Hamm

Stephanie’s interest in the law began at a very early age and has only grown over the years. Her dedication to her clients, as well as her commitment to advocating on their behalf, are evident both inside and outside the courtroom. Stephanie’s passion for litigating is rivaled only by her love of music. As a classically-trained pianist, she enjoys attending the symphony and teaching her daughter to play the piano.

Stephanie represents school districts, colleges, and other governmental entities in a wide range of disputes in both state and federal court. Stephanie primarily focuses on employment matters arising under Title VII of the Civil Rights Act of 1964, the Age Discrimination in Employment Act, the Americans with Disabilities Act, the Family and Medical Leave Act, the Fair Labor Standards Act, and the Texas Commission on Human Rights Act. Her general experience includes advising employers regarding employment practices and disputes, assisting employers with audits and investigations, participating in EEOC investigations and mediations, and participating in all stages of litigation, including appeals.

Prior to joining Thompson & Horton, Sephanie was a senior litigation associate at Dow Golub Remels & Gilbreath, PLLC, where she practiced labor and employment law and general commercial litigation. While attending South Texas College of Law Houston, Stephanie was a varsity moot court advocate with one of the nation’s top advocacy programs, was a member of South Texas Law Review, and interned with United States District Judge David Hittner with the United States District Court for the Southern District of Texas.