OCR Reviews Use of Restraint and Seclusion of Students with Disabilities

The post OCR Reviews Use of Restraint and Seclusion of Students with Disabilities appeared first on Special Education Spotlight.

On May 6, 2022, the U.S. Department of Education announced its Intent to Strengthen and Protect Rights for Students with Disabilities by Amending Regulations Implementing Section 504, the landmark disability civil rights law prohibiting discrimination on the basis of disability in schools and postsecondary institutions. The U.S. Department of Education’s Office for Civil Rights (“OCR”) plans to gather public input on possible amendments to Section 504 to determine how to best improve current regulations to assist students with disabilities. As part of Mental Health Awareness Month and in accordance with President Biden’s strategy to address our nation’s mental health crisis, OCR will also gather input from individuals with disabilities who have mental health needs and their advocates.

I’ve been running around the country for the past couple of months, speaking at many spring conferences for school law. From NSBA’s Council of School Attorneys to LRP’s National Institute to the American Association of School Personnel Administrators DEI Summit, I’ve been thrilled to talk with many administrators and school lawyers about Title IX, First Amendment, and DEI related. I’ve also been doing tons of training (including our incredibly well-received Advanced Title IX Training and “Train the Trainer,” which we are offering again this Friday, both virtually and in person in Houston, Texas).

The most frequent Title IX questions I have been asked during this whirlwind tour relate to Title IX jurisdiction. When evaluating the jurisdiction of sex-based misconduct reports, when does the requirement to notify the alleged victim of the Title IX process kick in? What happens if there is jurisdiction over a report, but the alleged victim does not want to file a formal complaint? When can a school investigate under a non-Title IX policy or procedure, such as the student code of conduct?

These are some of the most fundamental questions that arise during the Title IX intake process, which is the period after a report of sex-based misconduct is made but before the Title IX Coordinator or their designee determines that Title IX applies. Although these cases, like most things in the Title IX world, are very fact-specific, I can offer a top 5 do’s and don’ts you should keep in mind. I will provide the dos and don’ts in this blog series. We will discuss the first don’t today: “Don’t jump the Title IX gun.” 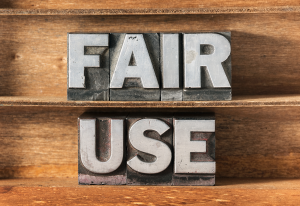 The minefield of potential copyright infringement claims poses a unique challenge to educators, especially in the age of digital content

It’s well-known that members of a community college community, like members of other public schools, colleges, and universities, do not

Good Friday and Easter in the Public Schools

Can a public school district celebrate religious holidays like Good Friday and Easter?

The post Good Friday and Easter in the Public Schools appeared first on The Oldest Blog.